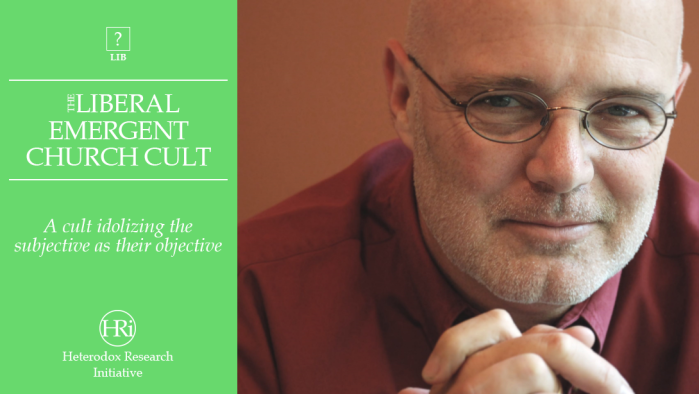 Alt. Names: Emerging Church, Emergent Church, Liberal Church,
Positive Church Movement, Liberalism, Cult of Liberalism
Recognised Leaders:  J. Shelby Spong, Doug Pagitt, Brian MacLaren, Rob Bell, Brian Zahnd, Peter Rollins, Tony Jones
Key scripture:
Description: The Emergent Church was an attempt to try and figure out how to do church in a post-modern context in order to reach the postmodern generations X and Y. It was originally a project put together by Leadership Network, looking forward to the church that was emerging in the young people.

Doug Pagitt was the man that headed that up which eventually split into two streams. There was the Emergent Church and the Emerging Church. The Emergent Church use to be the darlings of Evangelicals but decided to go hard left, (represented by Brian MacLaren, Tony Jones, Doug Pagitt, Rob Bell, Phyllis Tickle). They are regarded as the hard left, dying, mainline, liberal churches and are mainly drawing their numbers from previous liberal churches.

(NOTE: The PDL Movement is synonymous with the LIB and can be argued that it progresses into the LIB.)