Cult expert Walter Martin was a master in understanding ‘cultspeak’, warning people to realize there is a language barrier between Christians and cultists. He stated,

“The average non-Christian cult owes its very existence to the fact that it has utilized the terminology of Christianity, has borrowed liberally from the Bible (almost always out of context), and sprinkled its format with evangelical cliches and terms wherever possible or advantageous. Up to now this has been a highly successful attempt to represent their respective systems of thought as “Christian.””

In his famous book ‘Kingdom of the Cults’, Walter Martin had a chapter titled ‘Scaling the Language Barrier’ identifying how cultists dishonestly engage with semantics when attempting to seduce Christians into embracing their heretical ideas.

Since the inception of the New Order of the Latter Rain (NOLR) infiltrating Christianity with their false teaching on end-times Apostles and Prophets, generations have now mainstreamed their idea through a global movement that C. Peter Wagner called the ‘New Apostolic Reformation’ (NAR). By scaling their language barrier, it becomes evident they:

They will give lip service to a Christian to either shut them up or to tell them what they want to hear only to introduce that same person to their ideas through semantics.

In this case, the New Apostolic Reformation has attempted to remove from their language the word ‘dominion’ and have replaced this term with the non-threatening word ‘influence’.

In this article, we expose another element of the ‘New Apostolic Reformation’, where they engage in the same dominionist agenda of taking over churches and cities. In scaling their language barrier, we analyse what they mean by ‘Local Church’. Hillsong will be used as an example of this piece to demonstrate the ‘Local Church’.

HILLSONG – “Championing the cause of the local church.” 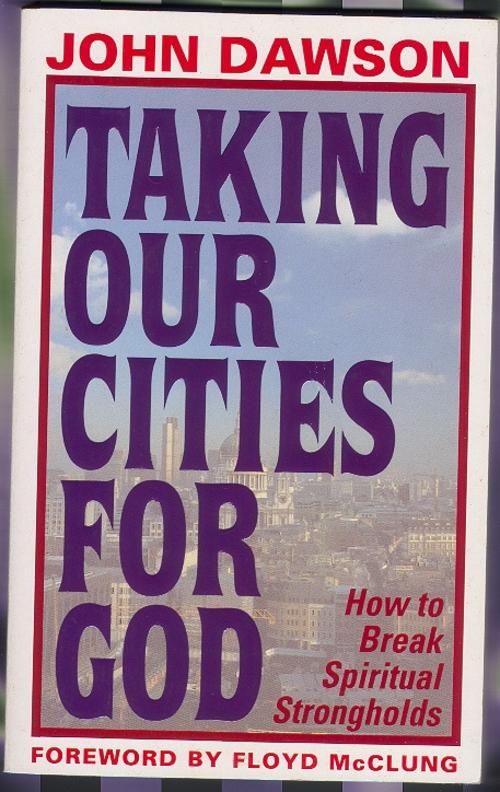 To Michael Brown’s shame (and apparent ignorance), he has launched a defense of Hillsong claiming they are not part of the NAR. Instead of reading the sources that place Hillsong squarely on the regime and agenda of the NAR, Brown defaults to denigrating or mocking discerning Christians. Although he claims Hillsong is not part of the NAR, Hillsong broadcast they are in their slogan: ‘Championing the Cause of the Local Church’.

Houston and others in Hillsong have recounted again and again that God said to Houston, “I will give you this city.” Obviously Houston was influence by the ‘Kingdom Now!” thinking of the 1980s, 1990s and early 2000s where it was popular to take “the city for God”. This type of thinking has been reflected in this slogan for nearly two decades. Although it sounds relevant and hip, what does it actually mean?

Championing the Cause of the Local Church

Hillsong Conference is about championing THE Church of Jesus Christ; and together, WE are the Church. It is for people of all ages who are passionate about the local church and the call of the Kingdom of God.

In this case, we look at what they mean by ‘local church’. Of course, as with their other words and doctrines, they play semantics to suggest they do not mean what they mean. This is so that they can have the favour of Christian churches and communities. As we are well aware, the New Apostolic Reformation believes they need to conquer the ‘seven mountains of society’ – and one of the mountains they are trying to conquer is the Church. They are all about championing churches and other cultural mountains for their cause.

Hillsong leader Joel A’Bell is not only the one pushing the Seven Mountain Mandate (7mm) at Hillsong (they call them spheres), he also explained in an article how Hillsong is ‘Championing the Cause of Local Churches Everywhere‘.

So how are Hillsong championing, “the cause of local churches everywhere?”

“For us a major part of this is all of our annual conferences that have expanded around the globe. But under-girding this has been our Leadership Network – it’s how we can connect with you and your church on a regular and more personal basis.”

Let’s decode what A’Bell said. This ‘Leadership Network’ is an NAR Apostolic Network. Brian Houston, the Apostolic Leader of Hillsong, made this clear in his visions for Hillsong. Houston sees a church “committed to an innovative NETWORK that connects hundreds of thousands of pastors and leaders and equips them to flourish… A network committed to the apostolic anointing of leaders.” Houston expounds on this in his earlier vision, stating he wants to see a church, “training and empowering a leadership generation to reap the end-time harvest that all its ministries are consumed with this goal.”

In other words, A’Bell has revealed that Hillsong champions “the cause of local churches everywhere,” by connecting your ‘local churches’ with their apostolic network. But notice what A’Bell is also saying. Hillsong’s annual conferences are a result of the undergirding of their apostolic network branching throughout the churches of that city and plugging pastors into their network. What Hillsong is assembling is the “Local Church” made up of all churches in that city being under one governing apostolic center – Hillsong.

This is their dominionist agenda, conquering the church mountain for the New Apostolic Reformation. They are “empowering” and “equipping” (governing) the ‘Local Church’ of that city.

CultWatch has done a fantastic job exposing the semantics of the NAR’s use of the ‘local church’. They would not have Hillsong or some of the churches we monitor in mind. However, they do articulate this NAR dominionist concept and agenda exceptionally well.

What is the Local Church?

In this our second installment of our series regarding Super Apostles we explore one of their most cherished phrases – “Local Church”, what exactly do they mean by this?

Most Christians would understand the term Local Church to mean the church closest to them; the church down the road, or a church in their suburb. Simply because the word “local” means local, and “church” means church. When thinking about a local church most people would imagine a place that supports their members in ministry (including those in ministries not owned by that church), promotes unity in the Christian body by working with other churches, and has no problem with people leaving to go to another church (if God has called them to do so). A local church’s primary activities would be: gathering together to worship God, corporately performing good works, building each other up in Christ, and reaching out to the lost. And in addition, the local church is an organization with an administrative system that hires the buildings, owns the music gear, supplies the youth group van, files yearly accounts, pays the Pastors, and does numerous other tedious but necessary tasks. Finally, if we asked the Christian in a local church where their loyalty lies, they would say they are loyal to God, not to the church organization, but they would point out that they show their loyalty to God by being part of the church fellowship (Hebrews 10:25).

In contrast, the Super Apostles’ definition of Local Church means all Christians within one city being under one hierarchical administrative system.

Their definition rests on their assumption that Christians in the early church were all members of a single church in each city; the church in Cenchrea, the church in Ephesus, and so on. And while the church met in different places within the city, the whole church was supposedly run by a single overall city-wide administration.

Now the Bible undoubtedly refers to all Christians in a certain city by using the name of the city, in the same way we could use the phrase “the Church in New Zealand” to mean all the Christians in the country of New Zealand. But from Scripture we cannot tell that there was one administrative system over all the believers in each city (see section 6.5 of the article “Authoritarian Church Leadership and the Individual Freedom of Church Members” at www.cultwatch.com/AuthoritarianLeadership.html for a discussion regarding this point).

It is important that we understand the implications of the Super Apostle’s definition of Local Church. We can best do this by viewing the world through the eyes of a Super Apostle. Our Super Apostle knows that God has given him the “Apostolic Mandate” for the city. Therefore his church’s administrative system has been anointed by God to rule all believers in the city. Any believer who will not submit is rebellious and outside of God’s will. In fact, since they refuse to yield that implies that they are not really Christians; after all, real Christians would want to do God’s will, wouldn’t they?

It is easy to see where this thinking leads. The Super Apostles “Local Church” definition lays the foundation for exclusivism (exclusivism will be discussed later in this series) found in the Super Apostle churches. Exclusivism, of course, is a primary component of Mind Control (read the Cultwatch site www.HowCultsWork.com if you do not know what Mind Control is). What is more, their Local Church definition leads to extreme disunity in the body of Christ, since no church will have anything to do with “outsiders”. This is also the reason that Super Apostles rail against other churches and Para-church organizations, since these organizations are not under their control. For a Super Apostle, nothing is legitimate unless it is within their domain.

Source: What is the Local Church?, CultWatch, https://www.cultwatch.com/saseries.html, (Accessed April 15, 2018.)

With the above in mind, look again how Hillsong portray themselves ‘championing the cause of the local church’ in London. The local church is the united local church – the one they are constructing and governing through their Apostles at these events:

Hillsong Conference – Championing the cause of the local church

Hillsong Conference is about you, your Church and seeing God’s Kingdom advance across the earth. Hundreds of churches from across Australia, Europe, and the world at large are represented at Hillsong Conference which will take place at London O2 from the 23rd to the 25th July.

WHY GATHER?
There is power in UNITY. Iron sharpens iron and together we can change the world. The power of TOGETHER is why we gather.

WHY HILLSONG CONFERENCE?
Hillsong Conference is about you and your church; it’s about seeing nations changed through the power of the local Church. It’s about personal devotion and hearing from God, it’s about administering justice and loving others. It’s about stepping back, being REFRESHED and inspired… and it’s about doing it together.

Hillsong do not take lightly the power and strength in unity and the opportunity this is to pour into you and your House. This is your chance for you to lean in, receive and take home practical teachings you can outwork in your own church home, family and community.

So if you haven’t yet gotten your tickets for what promises to be a historic event in the city of London from July 23rd to 25th then register now. Tickets are just £5 each night

Check out the very impactful video highlighting this year’s theme ‘No Other Name’. See you there!

Source: Hillsong Conference – Championing the cause of the local church, http://astepfwd.com/hillsong-conference-championing-the-cause-of-the-local-church/, Published July 23, 2014. (Accessed May 06, 2018.) [Archived]

Like Loading...
‹ The NAR Cognitive Dissonance of Dr. Michael Brown.
What is the ‘Vision of the Sands of Time’? ›