Home › Hillsong › Hillsong: “Standing with you” in 2020 – unless you’re a victim of sexual abuse.

Hillsong: “Standing with you” in 2020 – unless you’re a victim of sexual abuse.

Will the Hillsong Team really ‘stand for you’ if the reality is this – they have never stood for anyone apart from themselves.

“What man of you, having a hundred sheep, if he has lost one of them, does not leave the ninety-nine in the open country, and go after the one that is lost, until he finds it? And when he has found it, he lays it on his shoulders, rejoicing. 6And when he comes home, he calls together his friends and his neighbors, saying to them, ‘Rejoice with me, for I have found my sheep that was lost.’” Luke 15:4-6

If Jesus posed that question to Hillsong leadership today – the answer is none. Not one leader in Hillsong cared ‘to go after’ the sexually abused sheep of its founder Frank Houston. And in the New Apostolic Reformation-infested AOG/ACC (no longer a Pentecostal denomination), there are at least three abused sheep.

Brian Houston’s mishandling of his father’s case with the AOG Executive has created a culture within Hillsong and the Australian AOG where its leadership would rather defend the ‘integrity’ of the paedophile Frank Houston instead of caring for the wellbeing of his victims.

It’s since been proven that not one leader in Hillsong has responded to the many appeals made for support of those sexually abused by Frank Houston. Not Brian Houston. Not his elders. Not even their celebrity female pastrixs, Bobbie Houston or Christine Caine, women who came out in support of the #metoo movement, but not for the sheep under their care. Note the following article:

“As a Colour Sisterhood we have always stood on the side of justice, solution and pathways forward for women who have suffered injustice – so on International Women’s Day this year we stand with all brave women who have suffered sexual harassment, abuse, rape and violence of all kinds. We say that it is not OK, whether in the workplace, in the home, or even tragically in the church. TIME IS UP because there is no excuse for behaviour that belittles, assaults or damages the human soul.”

And to add ‘insult to injury’, Hillsong’s own social justice warrior advocate, and academic apologist, Tanya Riches is yet to speak out in support for Frank Houston’s victims. 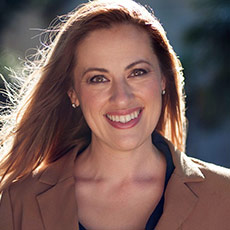 What makes the role of Tanya Riches troubling is that she claims to be ‘inclusive’ as an advocate for the ‘unfortunate’, despite being part of the cold-hearted culture that is Hillsong. For instance, she advertises she teaches ‘Theology of Social Justice’ at Hillsong College:

The following spiel is offered as a description of Tanya Riches’ leadership:

“This is the power of Tanya’s leadership, in so many spheres. A thinker, a worshipper, a writer, a consultant, a poet. She will point you and your community heaven-ward. ” (Source)

If Ms. Riches is indeed a Holy Spirit-filled Christian academic with a genuine moral and ethical compass, someone who “will point you and your community heaven-ward”, she should have been an advocate to bring change in Hillsong leadership and eldership long ago. How? By holding Brian Houston and Hillsong eldership accountable for creating a culture of cover-up and silence – a culture where a paeopdhile is still praised as an ‘Apostle and Prophet’.

With her silence Tanya Riches condones a leadership instrumental in an evil cover-up, a leadership responsible for fostering a culture that praised a serial sexual abuser. By advertising herself as a teacher in ‘Theology of Social Justice’, she seems to be unaware of ‘Biblical Social Justice 101’! Those attending Hillsong College and sitting under Tanya’s ‘pedagogy’ may find themselves not learning true biblical justice and compassion – but instead the opposite.

An example of this overwhelming ‘silence’ was recently highlighted by Ps. Bob Cotton on social media. Read his letter below the tweet:

Sadly, I received less than a dozen replies. Only 3 pastors offered help. Still no reply from the National Executive.

In closing, the church is meant to be a place of healing and restoration. When this doesn’t happen, when compassion and justice is denied, the wounded sheep are left with a distorted view of God. We need to point them back to the Good Shepherd, who knows and cares – and despite the ongoing silence by Hillsong and its leadership, there truly is justice and judgment coming.

The Lord God will seek them out, He will feed them justice:

As I live, declares the Lord God, surely because my sheep have become a prey, and my sheep have become food for all the wild beasts, since there was no shepherd, and because my shepherds have not searched for my sheep, but the shepherds have fed themselves, and have not fed my sheep, therefore, you shepherds, hear the word of the Lord: Thus says the Lord God, Behold, I am against the shepherds, and I will require my sheep at their hand and put a stop to their feeding the sheep. No longer shall the shepherds feed themselves. I will rescue my sheep from their mouths, that they may not be food for them.”

“For thus says the Lord God: Behold, I, I myself will search for my sheep and will seek them out. As a shepherd seeks out his flock when he is among his sheep that have been scattered, so will I seek out my sheep, and I will rescue them from all places where they have been scattered on a day of clouds and thick darkness. And I will bring them out from the peoples and gather them from the countries, and will bring them into their own land. And I will feed them on the mountains of Israel, by the ravines, and in all the inhabited places of the country. I will feed them with good pasture, and on the mountain heights of Israel shall be their grazing land. There they shall lie down in good grazing land, and on rich pasture they shall feed on the mountains of Israel. I myself will be the shepherd of my sheep, and I myself will make them lie down, declares the Lord God. I will seek the lost, and I will bring back the strayed, and I will bind up the injured, and I will strengthen the weak, and the fat and the strong I will destroy. I will feed them in justice.” Ezekiel 34:8-16